We provide customers with quality products and provide high-quality services 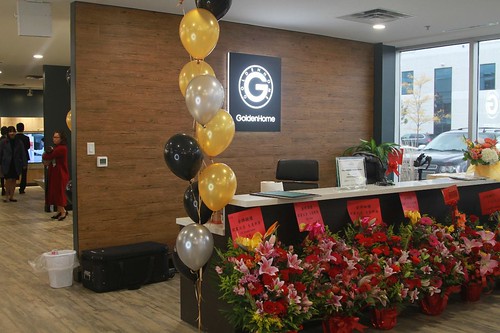 The new GoldenHome Canada distribution center is located in Aurora, ON, which is part of the Greater Toronto Trading Area, and is located within a half hour drive from Toronto Pearson International Airport and Downtown Toronto. The new distribution center will serve the entire eastern half of Canada. This distribution center has total area of 37,000 square feet, with an 1800 hundred square foot beautifully decorated showroom. Within the beautifully decorated showroom, you can find GoldenHome’s entire product line, including cabinetry, vanities, closets, and countertops. 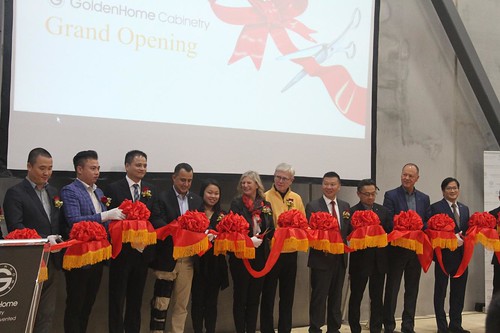 During the grand opening of GoldenHome Toronto, President Wen introduced the GoldenHome company history and development process, and planned business expansion across GoldenHome’s North American market, as well as other overseas markets. His Keynote speech also clearly defined the GoldenHome North American strategy for the following 2019. This includes the First GoldenHome corporate owned service center—located in Central New Jersey, USA, which will be constructed and set up by the end of this year, and be fully operational in January 2019. A second company owned service center supporting the West Coast and Western Canada is also in progress. The company’s board of director is also evaluating the possibility of setting a company owned manufacturing factory in the United States, potentially in North Carolina, USA. 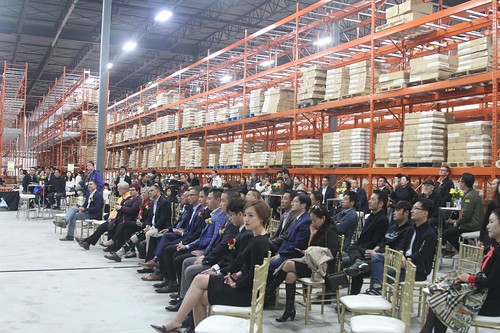 Recently, high gloss cabinets manufacturer-GoldenHome has increased its focus and activities in the North American Market. Both the United States and Canada are critical components of the foundation for the global strategic platform of GoldenHome. Today, the grand opening of our GoldenHome Toronto Distribution Center further represents that GoldenHome has taken a strong step towards North American expansion which now includes both USA and Canada. The 37,000 sf distribution center and Trade Showroom now also functions as GoldenHome’s sales center, training center, and service center in Eastern Canada, and GoldenHome has increased its ability to deliver on its goal of premium service to thousands of families in Canada. 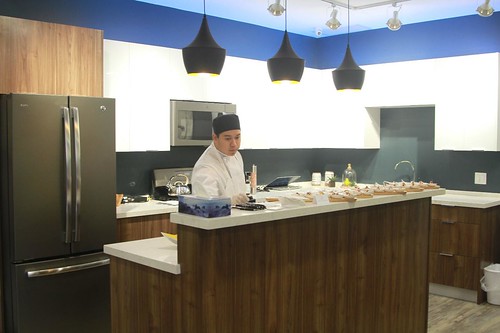 European style cabinets factory-GoldenHome has also just opened its new Distribution center in Houston, Texas, USA, so watch for our next exciting announcement!